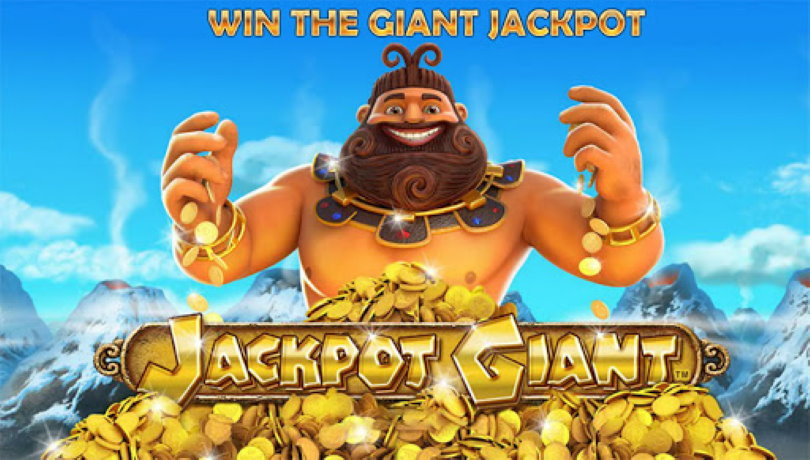 On the 20th of December 2014, PlayTech, one of the leading slot game providers, have launched this game. The Jackpot Giant started conquering the hearts of the players ever since. With 5 reels, 50 Paylines, and loads of Wilds, Scatters, and Bonus games, the Jackpot Giant has become one of the best slot games in the history of online slot games.

In this article, we are reviewing this fantastic slot games and will help the players to know everything they need to know about this game. Know the symbols, Gameplay, Special features, and other things about the game with this article.

Starting up with game symbols in Jackpot Giant:

Each slot games have a lot of different symbols. Each of these symbols symbolizes different things. Here we have explained the various symbols of the game to help you play the game.

The reels of the game are situated on a meadow under a volcano. Gamers will enjoy the landscapes and backgrounds.

The Wild Symbols are made of gold. These Wild symbols can replace any other symbols of the game. These symbols can also trigger the giant jackpot.

The volcano symbol a bonus symbol that can trigger the giant bonus. The giant hands are the scatter, which is supposed to trigger the mystery bonus.

There are three types of crystals that symbolize high-payout. There are also giant on two two-cell symbols, and J-A playing cards.

Playtech has made the Jackpot Giant a simple slot game with less to no complications. The Jackpot Giant features a standard 5*3 playing grid with 5 reels. The game also includes 50 Paylines. These Paylines plays left to right that starts from the reel in the extreme left. The betting range is not wide enough as the field is confided in 0.50 pounds to a maximum of 4 pounds.

The rules of the game are carved in stone; a player will get all the basic convenient options. There are three possible payouts. The wilds, however, will pay for two of a kind.

The Giant jackpot will be your primary target in the Playtech title. If the player has five wilds on the first payline, he can become a millionaire. Five Wilds on any other payline will get you 50000 coins. Giant bonuses also provide some generous payouts. The Jackpot Giant has an RTP of 94.22%

The central feature of the game by Playtech is the Giant jackpot feature. This progressive jackpot can transfer millions in your pocket at once. First of all, you need to trigger the jackpot. However, players need to land five wilds on the first payline to win that.

Some other features of the slot games are the Giant Bonus, Bonus Symbols that only appears on reels 1 and 5. If a player can land them both on the reels, the Giant jackpot bonus will get triggered. Players can also pick amongst six volcanoes. Each of their picks will award them coin wins. There is also a mystery bonus triggered when 2,3 or 4 handsome giants land on the reels.

With the excellent soundtrack, graphics, and gameplay, the Giant Jackpot Slot is one of the best slot games you can play. Besides, the high RTP rate makes the game more attractive to the players. Try them now.